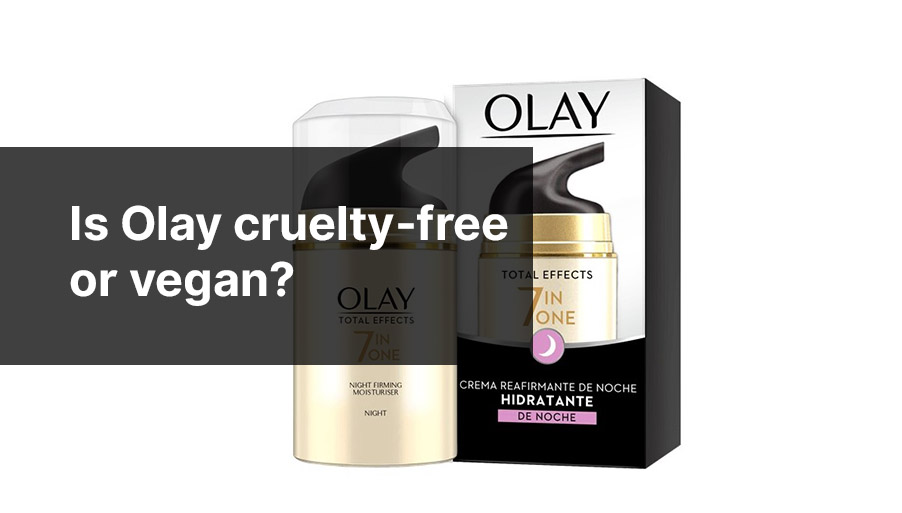 The company was founded in 1916 and had lots of names (Oil of Olay, Oil of Olaz, Oil of Ulay) along the way. Nowadays the brand Olay is owned by an American holding company Protect & Gamble. Olay’s origins come from South Africa. The products were notorious for the secret ingredient lanolin, which consists of the extract of wool-bearing animals. The main ingredients used by Olay are retinyl propionate, glycerin, niacinamide, and peptides. Also, in 2015 Olay is ranked 9th place in the skincare industry.

NO – Olay is not cruelty-free or vegan

The company is not cruelty-free. They may test on animals and allow suppliers or any third party to conduct animals testing. Also, the brand pays for their product to be tested on animals in order to sell in other countries. In Addition, the parent company P&G is not a cruelty-free company. Olay is not also a vegan company because all of its products contain animal-derived ingredients.

Does Olay have certifications?

The company does not have any national or international certification which can confirm that they are cruelty-free. Although the brand is claiming to not test on animals, they sell in other countries in which animal testing is required, so by all means Olay is not a cruelty-free certificate.

Does Olay test on animals?

The brand does test on animals, likewise, their parent company conducts animals testing. Also, Olay can have suppliers or third parties which test ingredients, formulas, or finished products on animals.

Are Olay’s products being sold in Mainland China?

All cosmetics products which are sold in China are required to be tested on animals. The company does sell its products in China. Therefore Olay chooses to not be cruelty-free and to have physical stores in mainland China.

What is Olay’s official statement on being cruelty-free or vegan?

The company’s official statement on being cruelty-free is that they do not conduct animal testing, but other governments may require products to be tested on animals in order to allow physical shops in their country.

What is Olay doing to become cruelty-free?

Although Olay declares that they are working with the Chinese government in order to provide an alternative and do not test their products on animals, it is not clear what actions are they taking to avoid animal testing. Also, the company has associated with Human Society International’s #BeCrueltyFree campaign which scope is to ban animal testing in all dominant companies on the cosmetic market.