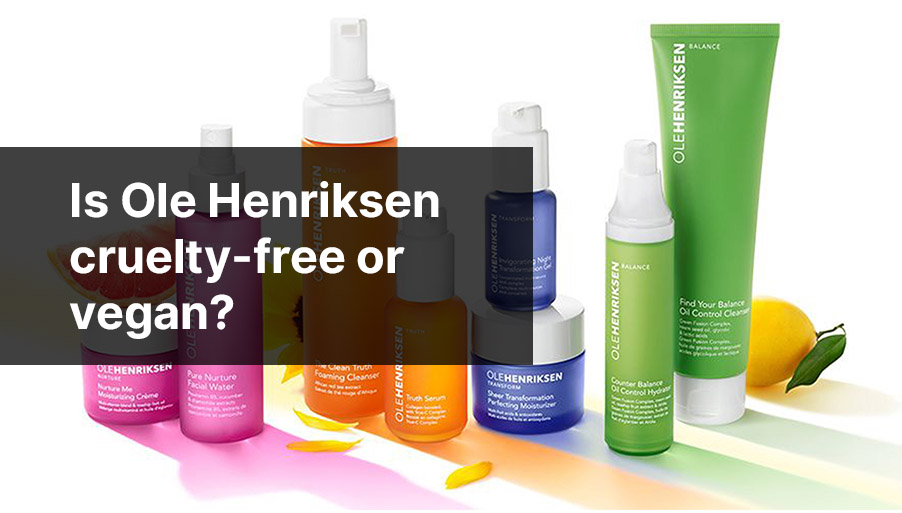 The company was founded by Ole Henriksen, a danish skin cosmetician. The first line of skincare products was launched in 1983 and was very notorious. 5 years later Ole Henriksen was known as a skincare guru and he gave luxurious treatments to artists. Also, the spa that he has opened with the same name granted a lot of popularity through the years. In 2010 the Truth Serum became the No. 1 anti-aging serum at Sephora. Now, Ole Henriksen company is owned by LVMH, which is a multinational holding company

Ole Henriksen is cruelty-free and vegan

The company does not test ingredients, formulas, or finished products on animals, neither they do not allow their suppliers or any third party to conduct animal testing. Not all of Ole Henriksen’s products are vegan, but you can find some vegan options. All of their vegan products are labeled with a vegan sign or you can type vegan on their website and you will find several options such as these skincare articles.

Does Ole Henriksen have certifications?

The company has been certified by PETA, which is an organization that promotes and verifies the safety of animals. Being a PETA member means that the company has signed a non-animal testing statement and provided documents and proof which shows that the brand does not test products on animals. Also, you can find the Ole Henriksen company on this official list of brands that do not conduct animal testing.

Does Ole Henriksen test on animals?

The company does not test its ingredients, formulas, or finished products on animals. They do not have suppliers or any third parties that conduct animal testing. The brand has been approved by PETA which means that they officially do not approve animal testing.

Are Ole Henriksen’s products being sold in Mainland China?

All cosmetic or skincare products which are sold in mainland China are required to pass animal testing by law. Ole Henriksen does not sell in China, they do not have shops in mainland China or in any country which obliges a company to test their products on animals.

What is Ole Henriksen’s official statement on being cruelty-free or vegan?

The company officially promotes the cruelty-free policy by being itself cruelty-free. Although the brand is not 100% vegan, they offer to customers over 20 items of skincare articles that are vegan.

What is Ole Henriksen doing to become cruelty-free?

Although the company is already cruelty-free, it launches more vegan options with every line of skincare. Therefore we hope that the brand will create vegan choices instead of animal-derived products every year.